After receiving such stellar care from the payroll side, we selected HowardSimon as our 401(k) plan recordkeeper and the combination of the two has saved us countless hours administering the 401(k) plan. We could not have chosen a better company to partner with. 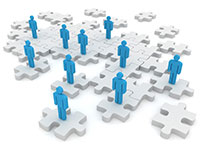 HowardSimon has been providing creative financial solutions to clients since 1981. Over the years, the company has grown and evolved into one of the largest and most respected Third Party Administration firms in the Chicagoland area. Along with being a leader in resourceful retirement plan design, HowardSimon creates payroll solutions with a similar comprehensive knowledge with a strong focus on technological capabilities.

By dedicating ourselves to continuously searching for the best solutions and latest technology, our clients trust that we work for maximum results. Our vision, expertise and integrity, coupled with our independent status have made us the industry’s premier source for comprehensive Retirement Plan Administration, Payroll Solutions, and Human Resource Technology.

After graduating from Northern Illinois University with an accounting degree, Howard Simon earned his CPA and began his career in public accounting in 1969. Howard worked with the accounting firms of Alexander Grant and Arthur Young for a period of 9 years. He left public accounting for a consulting position with a local actuarial firm for the next three years. At that time, Howard noticed a void in the marketplace in the area of pension administration companies that had a real interest in service versus product sales. In July 1981, Howard Simon & Associates, Inc. opened its doors. The business has grown and evolved into one of the largest and most respected third party administration firms in the Chicagoland Area.

After graduating from Northern Illinois University with a degree in Finance, Mark began his career in the insurance industry in 1974. As the pension laws were rewritten for ERISA in 1974, Mark entered the field of pension administration in 1975. Over the next several years, Mark began to polish his skill in field of pension plan design and administration. In 1981 he helped with the founding of Howard Simon & Associates, Inc. Mark has continued to be an innovator at the company, ensuring the latest technologies in the field of pension administration are utilized and in delivering new products and interfaces to our clients and their participants.

Doug earned his degree in electrical engineering from Northwestern University and began his career as a cellular engineer in a test lab at Motorola’s Arlington Heights campus. After earning his MBA from DePaul University’s Kellstadt School of Business in 1997, Doug decided to take his career in a new direction. Around that time, Howard noticed a demand in the marketplace for single point servicing of retirement plans and payroll processing. Doug accepted the challenge of creating a payroll company that lived up to the level of service and professionalism offered Howard Simon & Associates. HS&A Payroll Services, Inc. was incorporated on October 30th, 1997. Since that time, the company has grown from handling payroll for three clients to processing payroll for thousands of employees and providing tax filing services in nearly all 50 states and hundreds of local jurisdictions.

After graduating from Tulane University with a degree in computer science, Brad began his career as a key operations manager at a startup company in New York. As the market shifted away from startup ventures, the group transformed their company into a payment processing platform. As the Senior Vice President of Operations, Brad helped to build and develop that platform into a national product that was utilized by such Fortune 100 companies as Coca-Cola and the Altria Group. In 2006, the company was purchased by one of the largest credit card processor, TSYS (NYSE: TSS). Brad is currently running our general payroll operations as well as leading all sales and marketing activities within the organization. Brad has gained his MBA from Northwestern's Kellogg School of Management.